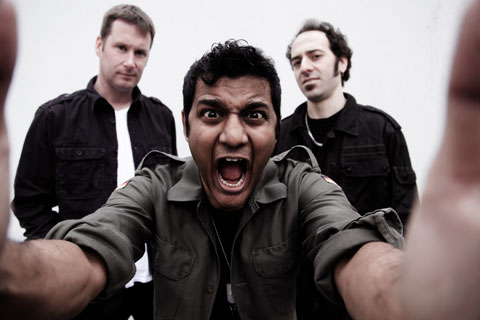 The Silver Bayonets are a London-based indie-rock band who have been gigging in London since summer 2012. Fronting the group on guitar and vocals is songwriter Kabir Sheikh, while the bassist, Ross, and the drummer, Enzo, both add backing vocals. Their influences are many rowdy, shouty guitar bands like Hüsker Dü and Nirvana, but there’s also big indie-pop stylings from Teenage Fanclub, Mega City Four and the Manics: Fuzzy guitars and vocal harmonies combine for very loud, addictive guitar pop music!

In late 2014, number of their demo tracks were playlisted by regional stations across the UK. This led to radio sessions and live acoustic performances on stations including Croydon Radio and Surrey University’s Stag Radio. The band then set about recording what would become their debut album, “The Pain Inside Your Head”, which was released in May 2015, with a lead-off single, “Schemes”, which came out a month prior.

As well as using their live shows to get their music into the ears, heads and hands of listeners, they also received many positive reviews for the debut single and album. The year ended with their live set at Nambucca being recorded for satellite TV broadcast across Europe. Keen to keep the ball rolling, 2016 has begun with the completion of a new set of songs for their second album, due to be recorded later in the year, with more live gigs in and around London planned too.

“The Pain Inside Your Head”, recorded at Alaska Studios in London and mastered at Masterdisk, NYC, is out now on the Header Records label (HDRCD0001) through all major digital stores. 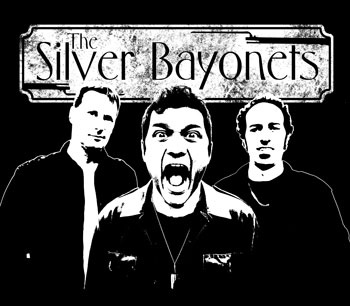 “Whilst the band may be destined for big things they have retained that straight-out-of-the-garage enthusiasm. The band are not just one dimensional, as shown by “Nowhere Left To Go” which is darker and far more ‘alternative’. Whilst “Low” is a more intense and claustrophobic sounding song…. “Fly” manages to have a wider more expansive sound.

This album is a reminder that, once upon a time, the UK was brilliant at churning out great, young, rock bands full of spirit and energy and, most importantly, great songs.They have delivered an album of brilliant rock songs.

“The Pain Inside Your Head” Album Review, Soul of a Clown  [Read the full review]

“Catchy… ‘High Life’ punches in all the right places, with those classic anthemic stop/start riffs… and it has infectious melodies to back it up.

The likes of ‘Forever’ has the perfect Power Pop ingredients, the right mix of melody and harmony.’Your Complex Life’ has a certain Libertines/Pixies feel to it that sits quite nicely and there’s some great pop sensibilities going on here.”

“The Pain Inside Your Head” Album Review.  ÜberRöck  [Read the full review]

“(The album)is quite a kicker! “Schemes” pulls no punches with its infectious melody and hard rhythms. “Nowhere Left To Go” is one hell of a frantic track. (In) “High Life” the bassline keeps everything on edge as the percussion bangs out the beat.

“Constant” turns it all down a notch while the vocals give a bite to the lyrics.“Fairy Tales for the Cynic” is a deeper track… “The Loudest Voice” pack(s) its punch with lyrical content. “Low” shows off a guitar solo whereas “Fly” is a slower number that goes to show that there is a range and flexibility to these guys – not just in the music but lyrically. “Caving In” makes you stop and think.

Once complete (the album) makes you hit play agin, not just to get back to that raucous first few tracks; but to get back to those other moments, and possibly even moments you might have missed… A power packed container of energy just waiting to explode.”

“The Pain Inside Your Head” Album Review,  Rock Regenration  [Read the full review]

“If you like your music to be something that runs off of pure musical energy, racing away like a runaway train then this will surely be to your liking… There’s a lovely bit of musicality flowing through the track that bands often miss out on when they’re trying to put together something as rip-roaring as this.”

“Guitar based rock music for intelligent gig-goers. A must-see band in 2016.”

D Dark is an eclectic artist from the UK, specialising in a range of genres including Trap, Rap, Grime, EDM and Pop. At an…