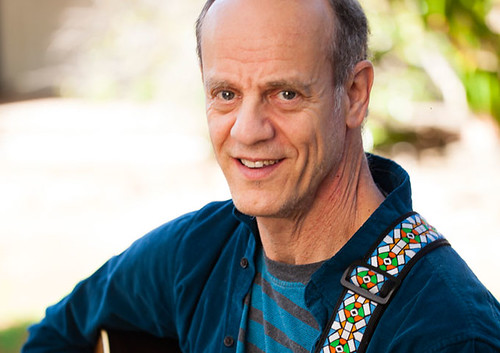 It wasn’t until his college days at Brown University when Seth Hilary Jackson bought a guitar and started learning chords, and it wasn’t until he was an MBA student at the Wharton School when he wrote his first song entitled, “The Job Search Blues”. The very next song he wrote, “The Atomic Bop”, received airplay in the Boston area and prompted The Beat Magazine to write, “Be on the Seth Jackson alert.”

​As a kid, Seth’s first musical love was The Beatles. Other favorites included  The Dave Clark Five, The Kinks, Herman’s Hermits, The Supremes, and The Monkees. Later on, he started to love bands like The Doors, Cream, and Jethro Tull. One day, as a teenager, he walked into a Grateful Dead concert and was hooked.

​His love of The Dead eventually led him into country music. He started visiting Nashville on a regular basis and studying the craft of writing songs to pitch to country artists.  Eventually, he expanded into writing pop music. Dozens of his song have been placed with recording artists and in film and TV. Several of his songs made the Top 10 on the European Country Music Association airplay charts, including a #1 and a #2. His song, “X-Ray”, recorded by German band Hella Donna, was #20 in the world on the Deejayworx club chart and was the #1 download.

​Seth received a Presidential invitation to the White House for his song, ‘Pfc. Ross A. McGinnis”, honoring a war hero who sacrificed his life to save his friends. Private McGinnis was posthumously awarded a Medal of Honor, and the song was performed at the US Army reception following the Medal of Honor ceremony.

​In 2017, after many years of writing for others, Seth felt it was time to record his own album.. As an independent artist, it was liberating to be able to choose the songs he loves without having to go through music industry middlemen and gatekeepers. This gave him the freedom to choose a variety of material covering a long period of time including songs written decades ago to ones written just weeks prior to going into the studio.

​Seth is excited to share his music with you and hopes  you will get as much joy listening to it as he had creating it. Seth Hilary Jackson  is on radio rotation with the tracks “Broken Promised Land” and “This One’s For You”.

Supreme Allah is the leader of the Comrad Camp, founded in 1998 by Suboni Stewart from Bronx New York. It is based on Zulu…