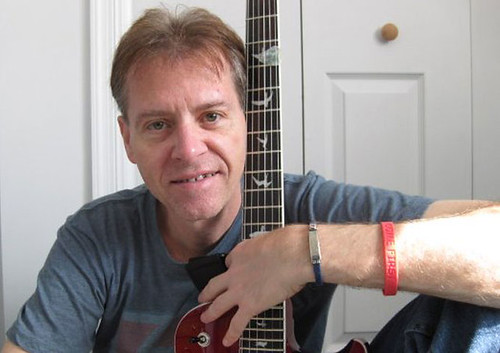 Scott Zartman has been writing music for some 40 years now. About six months after he learned how to play guitar he wrote his first song however lame that must have been. His mother gave him her old record collection before that. His earliest recollection is hearing the Beatles on the car radio at the age of4. Somehow their harmony and melody struck a chord with him. For many years it was just Scott and his acoustic guitar. He was very folk-like for that reason. As time went on, technology gave independent artists like himself a chance to make music like the pros. Scott say that he still hasn’t figured out all the bells and whistles but these days he sounds more like a full band instead of one person.

Scott tends to write songs about the good and bad in relationships. And yet very few are autobiographical. The newest record has been in the works for several years now. About the time his father had passed away he felt the need to do something creative. But then his natural singing voice started to deteriorate, and he was losing confidence in what he could create. Eventually he got over his state of depression and finished the project.

He has developed a keen ear for pitch and also arranging music. One of Scott’s trademarks in the home studio is recording lead vocals twice. He says he find it makes the song stand out more. Scott plays the acoustic, electric and bass guitars, some piano and keyboard. The only instrument not recorded is the drum loops he uses to keep a beat. “When I write songs it starts with the music first followed by the lyrics,” says Scott. “I don’t consider myself to sound like anyone else out there. I’ve never been a big fan of performing live unfortunately. My philosophy on music is simple… try to have the person hum along with my songs so that they want to listen to them again.”

Scott Zartman is on radio rotation with the tracks “What Love Is This” and “You Just Didn’t Leave Me Any Other Choice”.

Scott Zartman’s Music Stream and Links can be found HERE

AlexisRose was born and raised in Oakland, CA by a family of artists. She was raised with the dream of becoming a star. With…