GOTCHI is more than just a rapper: he is a voice representing a generation of people in the Canadian music scene – that generation that falls somewhere in between the amazing vibes of old-school rap, and the edgy melodies of modern hip-hop. He has developed a unique sound, which combines great lyrics with fantastic sonic ideas, making for a truly special approach.

In 2018, GOTCHI busted through the music scene with a smashing single, “Headlights.” The track was featured on his debut album, which actually went viral, giving him a massive boost in terms of follower. He is ready to top the success with his second album, aptly titled “Vo.2,” which will be released in 2019.

What makes GOTCHI stand out is that he’s truly passionate about his music. Some artists want to “make it big”, but others have much deeper goals. They want to reach out and truly express something unique.

This is why he proudly reps Toronto in the international hip-hop scene. GOTCHI is a once-in-a-generation talent, with an impressive sound and a masterful wordplay! 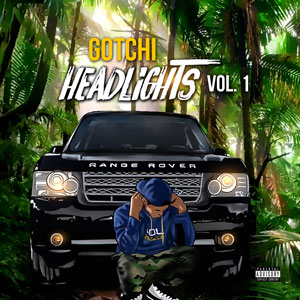 GOTCHI is on radio rotation with the tracks, “Headlights” and “Whip Alone”. The Song “Headlights”, is a fusion of a melodic rap song with raw lyrics. The song is meant to reflect with the listener and show that compassion, brotherhood and loyalty are important.

Knowing and accepting there are things you cannot change, it is telling a story of struggle and perseverance, and that we cannot see the light unless the dark is present.

The meaning behind the phrase in the song “Coming Like Headlights”, and the title, refers to the same idea of the light in the darkness and coming out of nowhere surprisingly like a set of headlights ready to go.

It has a rockstar smooth vibe, it is conscious, thought provoking, and creates an urge to motivate yourself and stay uplifted no matter what the circumstances may be, and that it’s always ok to take time to yourself and reflect.

Ocean’s Envy – “Longshots” and “Save A Seat”

Ocean’s Envy is the band of entertainment lawyer Kurt Mantheiy alongside friends and collaborators Guilt Chip & PrototypeRaptor. Kurt spent the first part of…