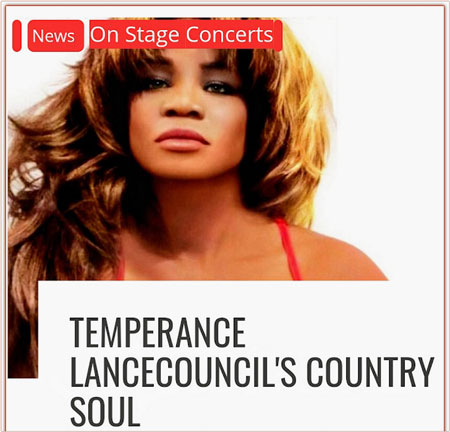 Temperance Lancecouncil is a singer-songwriter in Los Angeles, California, who hails from the Carolina/Virginia line. 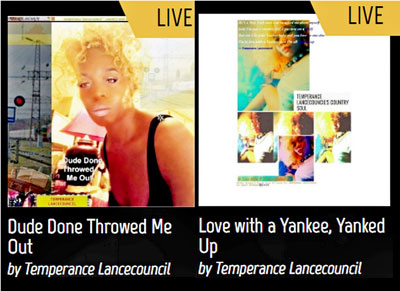 Having overcome two bouts of life-threatening, double pneumonia as an infant, by age three, she’d begun singing and dancing with her mother, who taught her three-part harmony.

Later, she took to her high school’s concert choir for two years as a soprano, with (still memorable) 5 a.m. rehearsals, about which she says were brutal on her, as she could barely remember her own name at that hour.

Along the way, she pursued and amassed a few movie, television and film credits, cut a few demos, and formed her own band – all while traveling the Hollywood “entertainment super-highway,” where she said life was pretty gritty.

Temperance Lancecouncil is on radio rotation with the tracks – “Dude Done Throwed Me Out” and “Love With A Yankee, Yanked Up”. 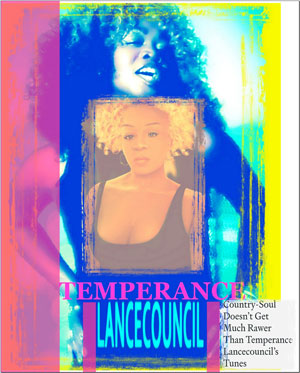