C-Roc is a west coast underground rapper out of Van Nuys, CA in the San Fernando Valley section of North Los Angeles. Exposed to the Music World by a musically inclined family, C-Roc knew at an early age he would express his talent in the Rap Game. By the time he was in high school he was already involved in the local party scene with DJing, MCing, Rapping, and putting out mixtapes all over the Valley. As a young teen to early adult, C-Roc was influenced by Westcoast Rap as well as Eastcoast and Southern Rap.

C-Roc was formerly incarcerated under a wrongful conviction but was recently released back into society late last year 2019. Since then C-Roc has released a new E.P. album now in digital stores worldwide called “#VanNuys (Remixez & B-$idez)”. You can listen to E.P. here: https://spinnup.link/368316-vannuys-remixez-b-idez

C-Roc is on radio rotation with the track “2Nite (Remix)”. 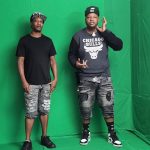 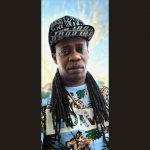