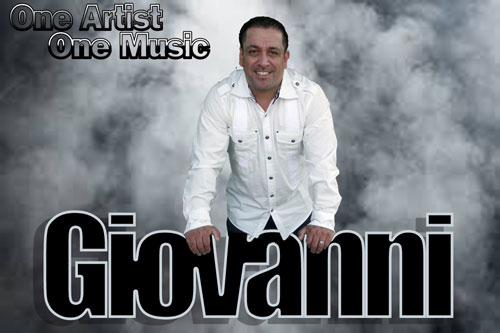 Giovanni Latin Artist is a Latin Singer/Songwriter for genres of Latin, Pop and R&B. He is a seasoned performer as well as singer. Giovanni got his start in the music business as a dancer for Freestyle genre Artists such as Connie, and Johnny O until he got his big break with the multi talented drummer/percussionist/singer/actress Sheila E. Giovanni filmed 2 music videos with Sheila E. entitled Sex Cymbal and Dropping Like Flies in 1991. After his dancing days were over Giovanni began to perfect his writing and singing skills to create a unique sound blend of Latin Pop with a Salsa fusion.

He since starting his singing career has performed with such known Recording Artists like C&C Music Factory, Evelyn King Champagne, Malo, El Presidente, 2 Live Crew, Roger and Zapp just to name a few. He has also made appearances in one of the biggest Latin TV networks in the World called Univision, shows such as Caliente which he did 2 shows, one in Fresno and one more filming in Los Angeles. Also made an appearance in morning show Al Despertar. Giovanni continues his quest in bringing you great music. Keep an eye on this great Artist and his great music!

Giovanni Latin Artist is on radio rotation with the tracks: “La Botella” and “Rule The World”.

La Botella- This song is about 2 people meeting in a beach party type atmosphere having a great time dancing amongst friends with bottles up in the air of their favorite drink. It’s 2 people really into each other and having lots of fun. Theme of Song La Botella means The Bottle in English.

Rule The World- This song is about a man walking inside a club and as soon as he enters he has this instant attraction to this woman he sees standing with her friends. He approaches her and they instantly hit it off and as they begin to get to know each other better they both already that together as a couple they can both just Rule The World. 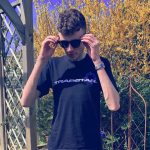 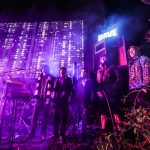