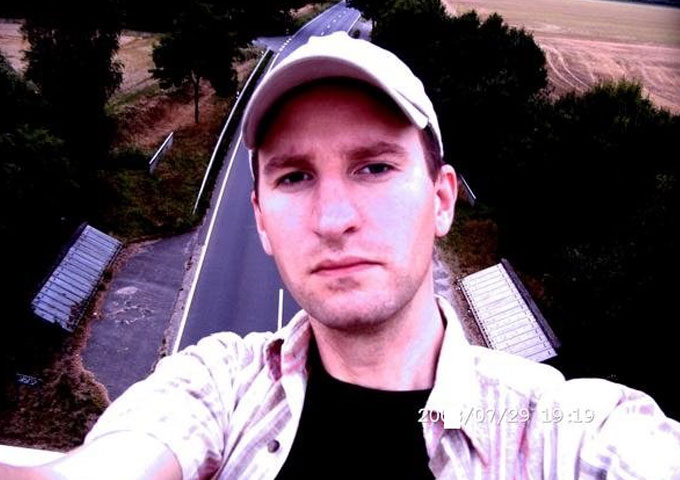 Matulla is on radio rotation with the tracks ‘Silence In New York’ ft.TJ Makara and ‘Silence In London’ ft. Craig. The songs are dedicated to the victims of the corona-virus pandemic.

Here follows an interview with Matulla.

JK: Mr. Brandt, what is your story roughly about?

MB: About dreams, how they come true and the price you pay.

JK: You chose the United States as the setting. Why?

MB: In October 2017, I broke my leg in a bicycle accident. One of my pastimes during the long regeneration period was a pair of VR glasses for mobile phones. With these I walked mainly in the USA, this inspired me to let the story take place in America. 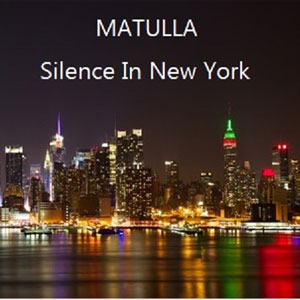 JK: But you were not only looking for singers in the USA?

MB: No, I searched worldwide. Even in Africa. I got many acceptances, but an acceptance is not a finished song. There are also artists from Brazil, France, Ukraine, England, Australia and Germany. I wrote thousands of invitations. I had to convince them with my songs, I didn’t pay a fee.

JK: Your fictional journey is very faithful to the details of the places.

MB: Yes, I walked through every place with my VR glasses, I looked at the pictures of the hotels and restaurants on the Internet.

JK: There’s also a headless horseman in your story. How did you come up with this idea?

MB: I had a singer from Tampa, Florida on the line. She had a music video on her profile page called “the headless horseman”. This inspired me to the chapter “a lost head and a lost friend” where the headless horseman appears. Unfortunately I never heard a sound from the lady, because she had a car accident. I then wrote my own “headless horseman” song, but about the German saga.

MB: Yeah, the myth of the headless horseman comes from Germany. In the middle ages big sinners got their heads cut off. They were then buried in unconsecrated earth and on certain nights they would rise from the grave. Whoever touched their hand was dead. Washington Irving learned about the saga while he was in Germany and later created his “The Legend Of Sleepy Hollow” from it. My headless horseman is not for children. The singer is from Spring in Texas. He rode the song really well. Don’t mess with Texas.

JK: There’s more to your story than just rock songs. The song “so yesterday” is only with piano and singing. The sound is a little scratchy, like it was recorded with an old tape recorder.

MB: This song is a good example of how the singers reinterpret my songs. Originally it was a rock song with drums, bass, guitar. I called Holly Butcher from Malvern, Pennsylvania the chords and she developed this beautiful ballad from it. The sound is supposed to be like this. It’s from yesterday.

JK: For the New York chapter you got two real New Yorkers on the microphone. A coincidence?

MB: Yes. I searched worldwide but Regina and Carolyne from New York interpreted the song best. For the Rocky Mount, Brockton and Virginia Beach locations, I adapted the story to the singers’ cities. For the other chapters, the city of the singers doesn’t match the places in the story.

JK: For the place Mabank, Texas, the chapter is called “hell is a place on earth.” Why?

MB: The summer in Texas is so hot that I started sweating even under VR glasses.

JK: You saw the ghost of Elvis?

MB: Ah, my favorite chapter. The whole Memphis, Tennessee chapter is a parody of the song “walking in Memphis” by Marc Cohn. And there are also allusions to the Elvis classic “crying in the chapel”. But the chapter ends with the darkest song in the story “the less”. The song is about how the hunger for knowledge has brought sorrow to mankind. Think of the atom bomb. No nice video is waiting for the readers.

JK: You got a real opera singer from Dublin, California, to sing a rock song of yours. How did that happen?

MB: That speaks for the character of the project. First of all, everyone did it for fun. My song convinced them. The rest is history.

JK: In Las Vegas, the hero meets the famous fortune teller Mystic Mona. Does she know about this honour?

MB: No. But by the way, that Motorhead slot machine on Fremont Street really kicked ass. 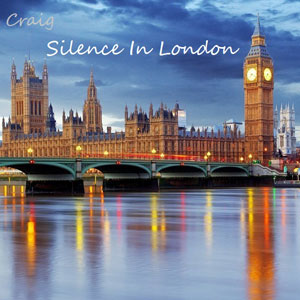 MB: Indirectly. Wishes give impetus to change the world on a small and large scale. And to believe in yourself is always good. For the song “lost in the wishing well” I found most of the singers. A model in Arziona, Halley Tibbs, even released the song under her own name, but under the title “last summer rain”.

JK: What inspired you to write the song “lonesome wolf”.

MB: The Wolfsburg. For this song I invented my own myth. I sent a picture of Puk the last wolf who was shot in Lower Saxony around the world. In addition to that I informed them that I live in Wolfsburg and of course a picture of the Wolfsburg. The singer was asked to catch the ghost of Puk in this song, because he has no peace because of the injustice what was done to the wolves. This story was well received by the American, wolves have them, but no old castles and the singer was allowed to play “hunter”.

JK: There’s one song that runs through the story like a red thread and there are three versions of it. “A Dead End Street”, which means “one-way street”.

MB: Yes, this song is the heartbeat of “lost on the way”. But I don’t want to reveal if my fictional ego finds its one-way street.

JK: Why did you write your book in English?

MB: I published it worldwide with Kindl Verlag. Therefore in English. If someone wants to translate it, I’d be happy to.

JK: How do you find “lost on the way”

MB: Google: lostontheway facebook. Thank you for this interview and many greetings to the readers!