Socially Altered is a one man rock act from Kolkata, India. The sole member of the band is Krishnendu Ghosal. The style of music that he creates has influences of alternative rock, psychedelic rock, rock & roll and pop rock. After trying his hand in many professions he turned to his passion which is music. To start his music career in early 2015 he had been signed under a UK Indie label “Nub Music” under which he has released 2 albums namely “Eden After Sunset” and “Above The Clouds” using “Cipher” as his artist name.

Moving on from “Cipher” and “Nub Music” he has self-released his debut EP “Resurgence” in November 2016 under the artist name Socially Altered. The 3 track EP received great admiration from listeners. In the words of Tim Whale from Emerging Indie Bands “Cancer For The Soul embraces the mind from which it will not let its grip relax for the five and a quarter minutes of its journey.” He further added that “Socially Altered provides material in which the listener is luxuriantly able to slough the dead-weight of the darkest emotions in the mesmeric compositions.” Another song “Save The Soul” from the EP has been aired on A.V.A Live Radio where Krishnendu has been interviewed live by Jacqueline Jax. Krishnendu has been interviewed and featured on American Pride Magazine and Exposed Vocals as well.

Currently he is working on a few singles. ‘Limbo’ was his first single which he released on the 21st of July 2017. ‘Limbo’ has been reviewed by Tim Whale of Emerging Indie Bands. Krishnendu has been interviewed on The Crazy Mind regarding Limbo, U-Rock newspaper and Jaamzin. The song has been licensed for a compilation album and has been on a couple of playlists on Mixcloud. ‘Hacked’ was his second single which he released on the 24th of November 2017. As for the year 2018, Krishnendu’s first release of this year is titled ‘Mother’ which is set to release on the 18th of May 2018.

Socially Altered is on radio rotation with the tracks ‘Limbo’ and ‘Mother’.  This brand new single can be downloaded for free at https://sociallyaltered.com/upcoming 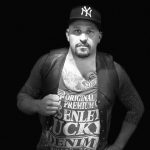 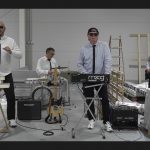