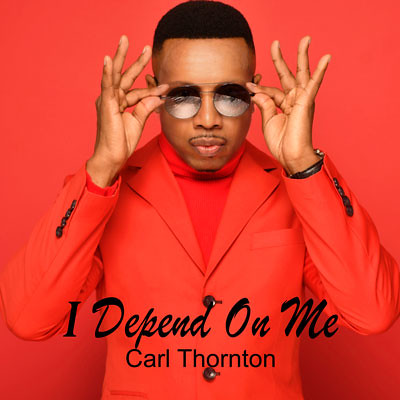 Singer, Songwriter, and Actor Carl Thornton was born in North Carolina, but at the tender age of three his parents moved to Long Island, New York and there he was raised. Carl began singing at the age of seven in an elementary school chorus. While on stage of the very first performance he had an epiphany, that singing is what he wanted to do with his life.

He attended The American Academy of Dramatic Arts, H.B. Studios and has taken classes at the Broadway Dance Center. He is currently studying voice with Robert Marks.

Carl played the role of Benny in the National Tour of “RENT,” was Eat Moe in the musical “5 Guys Named Moe,” Detroit in “From My Hometown” and JoJo in “You Shouldn’t Have Told.” His talents have taken him to such places as Austria, Germany, France, Italy, Spain, Holland, Istanbul, Dubai and Portugal. In 2016 he was contracted to tour and sing in China.

His current single “I Depend On Me” has a tech house groove, with an electrifying base line, pulsating beat and powerhouse chorus. .

Carl collaborated with Producer Robert Bostick on his latest club banger. He has also worked with DJ/Producer team Carpo & Comes and have two singles “C’Mon Me” released on acclaimed House Label “Jango” and “Move Your Body” released on “Casa Rosa” House Label. He recently did another collaboration with DJ/Producer team Jerry Ropero Vs Dj Frisco & Marcos Peon entitled “Hollywood” which is out on Beatport now! He is currently living in New York. One of Carl’s favorite quotes is “nothing ventured, nothing gained,” words he lives by daily.

Tags: Carl Thornton Electronic & Dance I Depend On Me