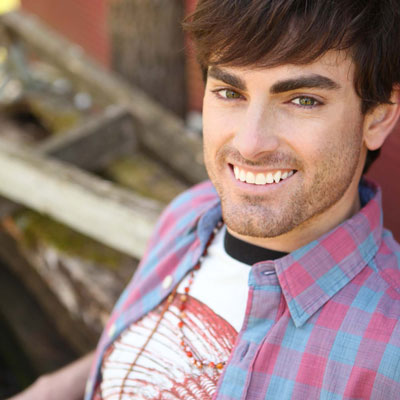 Country artist Cody Webb has released his highly anticipated, six-song self-titled EP, on July 22, 2016. Represented by RPM Management, this newcomer to the country scene has already acquired a large fan base across the country – Performing over two hundred shows in notable venues which include Wild Bills (Atlanta, GA), Moonshine Flats (San Diego, CA), the Tin Roof in Nashville, Miami, Indianapolis, Cincinnati and more.

Cody Webb is doubtless one of the most talented young Country Music artists on the scene. If no nothing else this EP plays testimony to that fact.

The EP is a must have for any level country music fan. It’s the kind of recording that you will find yourself listening to over again from the first track through to the last one. It is full of songs that could all possibly be top single hits. I think these songs are going to skyrocket and be the launch that Cody needs to get him to the next level in his career.

He has a secret formula for his music and it works! His music is extremely modern, especially in the guitar hooks and riffs yet there is a strong element of traditional country in it that is missing in many of today’s country singers. That ability and talent makes him stand out tall in the country music scene.

Overall, this is how country music needs to “evolve”. Yes, there are a few instances of rock, but at least the lyrics have that country substance and the music does not overpower the song – an essential element in country. Cody Webb is a storyteller, a heart-healer, a man who holds life and love in high regard. You can gauge that much from the EP’s opening track, as well as its lead single – “More Than A Little In Love”.

And what makes Cody such a compelling artist is that he gives the impression to always be learning and expanding his musical horizons. Hence he is able to deliver an eclectic, edgy song like “Love Me Like I’m Gone”. When last have you heard a country song with this kind of intro and backbeat?

All-round though this is a strong set, “She Ain’t Right” blows me away with its slow pulsing rhythm, and Cody’s vocals that bubble with emotion. Another standout is the classic-styled acoustic-driven ballad “Nothin On You”, with its witty and sharp lyrics. “

Better At Night” transcends genres with its urban-pop guitar rhythm and Cody’s country twang singing, “the day’s just better at night.” There is so much diversity and wonderfully written and performed songs on this EP, but the track that really gets me going has to be “My My My Girl”. The grungy texture is unique and quite refreshing in the modern country genre, and plays off perfectly against Cody’s melodic voice.

In a time where everything’s changing, lines are being crossed everywhere, music genres have been dumped on its backside, and the album is dying in favor of the downloaded single, Cody Webb stands out as someone who can still deliver the real thing. This EP is simply a quality production.