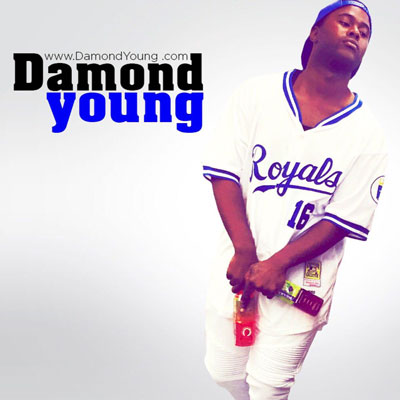 Damond Young is a recording artist, lyricist, producer, and entrepreneur based out of New Orleans, Louisiana, USA. Known for his uniqe brand of youthful, explosive energy lyrical versatility, creative wit, and spirituality, Damond has quickly gone from surprise prodigy to industry prospect, to now becoming one of the most exciting independent acts to emerge in New Orleans and add to the historic legacy of innovators that have made New Orleans’ musical tradition a thing of legend in hip hop and beyond.

Damond’s flow is melodic and suited for the masses, but he’s never applied himself exclusively towards the club. Instead, he opts for tracks that give him space to reflect and grow from lessons learned from a misspent youth, visions of the life he dreams of, and the journey of an independent artist.

While determination and drive remain strong in his lyrics, Damond never sounds weary on his road to greatness, and his accomplishments so far reflect this. With no record deal or benefactor, Damond has already released 3 full-length mixtapes and 1 studio album, with another mixtape, studio album, and regional tour currently in development.