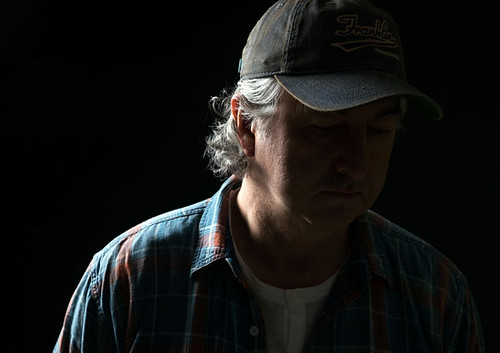 David Vaters passion as a singer/songwriter is something he could not hold back any longer. With years of honing and perfecting his songwriting skills, working with great players on two continents, David decided to release Volume 1 and Volume 2 of his most recent songwriting as a solo artist. Canadian Born David has worked with some well-known musicians and producers in Canada, UK and USA including Henri Spinetti (Eric Clapton, Tina Turner), Dave Markee (Eric Clapton) Skip Procop (Lighthouse) and Norman Barrett (Paul Young, Larry Norman, Cliff Richard) and Dan Cutrona (Joe Cocker, Bee Gees) as well as Canadian musicians Gene LaTour, Seppo Salmenin, Greg Atkinson and Kai Siltamaki.

Volume Two was recorded with the guys stated above and also Scott Farris helped to co-produce 4 songs, Prepare, Resurrection Day, Service of the King and Prepare at Amusement Park Studio’s in Lubbock, Texas. Tom Green on Bass and Sean Frankhouser on Bass & Standup Bass, Phil and Scott Farris on Guitars, Jason Robinett on Drums and Background vocals. Tom Hemby produced and played on Godly Man of which proceeds to FCM and its Honor Your Father campaign.

A Voice in the Wilderness Volume 1 is a collection of compelling pleas, prayers and poems all with a raw sense of urgency and compassion that is a direct reflection of both the wonder and grace of God towards humanity.

David Vaters is on radio rotation with “Running To You”.