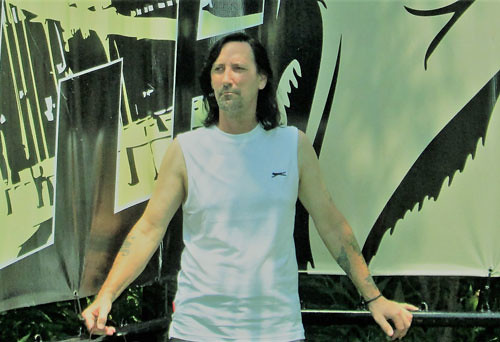 Overall, “Feel The Rhythm” featuring singer Femma is hard to put into a box, which is a good sign based on the ever changing landscape of dance music. Add that to the fact thatLyndon Rivers is the is steadily becoming the most prolific DJ/Producer in the underground world means that he’s also become one of the most sought after EDM producers, especially for female artists looking to break into dance music. So, it comes as no surprise that yet another singer would feature on his latest track. This time around,Femma makes the cut and she arrives with less auto-tune than some mainstream work we often hear on radio, which is a much welcomed change.

The tune is quintessential Lyndon Rivers: fat synths, dope bassline and easy to learn lyrics. It’s an absolute banger, with a brassy twist and one of his best. To keep his wave of influence in full force,“Feel The Rhythm” ft. Femma puts forth River’s tastemaking abilities at its finest.

The first thing you notice when listening to a recording released by any producer, is obviously, the production. Lyndon Rivers nailed it here, while still keeping things on the radar, but unlike David Guetta in the past, doesn’t lose the raw underground club sound he is known for.

If last year’s formula for hit dance hit singles is anything to go by, then producers should know that ‘different’ is good. However, ‘different’ can sometimes be very difficult for some artists to adjust to. Vinai are probably the best example to ask this question to, but this article isn’t about them so let’s focus on River’s attempt to be a little different.

Lyndon Rivers’ take on ‘different’ seems to be currently focused on his featured singers. Previously he used sweeter, more mainstream orientated melodic voices that were radio and chart friendly. Now he seems to be opting for the less poppy, more hardcore club vocals.

This might be a hint that Rivers is turning his attention more towards the big room than the FM radio. With “Feel The Rhythm” ft. Femma, Rivers throws what he knows, with this dance floor-filler.

The baseline is strong and constant throughout the track and the exclusion of any heavy breaks and drops works well, allowing the beat to keep building momentum without any interruptions. The evolution of underground dance music is present throughout and is a clear indication of where Lyndon Rivers is heading.

Lyndon Rivers is on radio rotation with  “Feel The Rhythm” ft. Femma & “Bring It To Me” ft. “Rachel Clark”

Tags: Bring It To Me Electronic & Dance Feel The Rhythm Lyndon Rivers