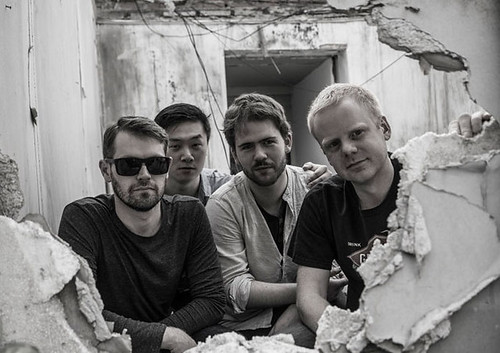 MACONDØ is an instrumental rock band from Beijing, China: An eclectic mix of ethereal synth with searing elements of math-core and instrumental rock. Their music can veer wildly from dreamscapes to calculated fury – a vicious blend that continues to entice fans from a spectrum of musical genres.

MACONDØ’s self-titled first album is a collection of their earlier material, the core staple of the first 3 years of the band’s evolution. The content is a tantalizing mix of the hard-hitting instrumental rock that characterized the band’s earlier sound, with the caustic futurism of the band’s increasingly electronic and progressive direction. Each track of the album will be recognizable to fans of the band, but with a host of exciting additions that make this album a Pandora’s Box to old and new listeners alike.

MACONDØ is on radio rotation with the tracks “Seek” and “Nebula”