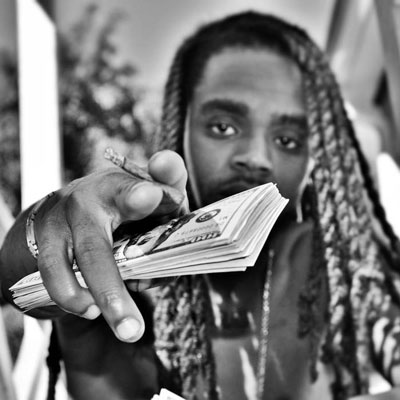 Piff Loonez was born on April 10, 1990 to Jamaican native born parents in Montclair, New Jersey. Living in West Indies household really made Piff the person he is today. Though his parents were strict most of the time, it did bring out the best in him and what he puts in his music and how he carries himself every day. He wasn’t raised in a family with money but his parents always made ends meet even when it was impossible sometimes.

Montclair is a small town in New Jersey and he was born in Essex County. He started pursuing his music career when he was 11 and kept that flame going. Coming from such a small town of Montclair, NJ he knew that his dreams of becoming a world known artist was bigger than that.  Piff felt in his heart that he was born to entertain and he plans to do just that.  His father was a DJ and his mother was known for singing in the choir at church.  His influences include Jay-z, Big L, Nas, Vybz Kartel.

Between being exposed to music at home and listening to these artists, Piff Loonez has become a well-rounded, diverse artist. Piff didn’t really get into a recording studio until a few years after he started high school. At that time he had learned a few things about recording his own music and making his own beats. Then he started recording at one of his former friend’s studio, and so it began. As he aims to deliver his music to the world he plans to make an extreme impact on the hip-hop music world and rightfully take his spot in the music industry.

Currently emerging on the TOP100 Charts, Piff Loonez is on radio rotation with the tracks, “Medication” and “Did It For The Money” ft. Gunna Bugatti

Tags: Did It For The Money Gunna Bugatti Hiphop & Urban Medication Piff Loonez