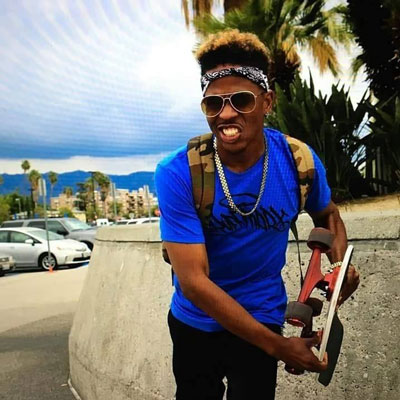 Skater Dee was born Deven Lavale Purifoy in San Bernardino, California and is the 10th of 14 children. He grew up in a very musically inclined family, his mother was a great Gospel singer and all of his siblings played instruments. He started playing the drums at his father’s church at the age of 9 years old and it was at that time that he decided to dedicate his life to God.

Skater Dee was given his very first drum set by a church elder who had taken a liking to him and who coincidentally is also the father of the legendary group, The Gap Band. Mister Wilson took Skater Dee under his wing. However, despite a solid upbringing and positive influences, Skater Dee had some troubled teenage years ahead of him. He had a hard time fitting in with his peers often getting into fights and losing focus in school.

At the age of 16 he started skateboarding to escape this harsh reality of living impoverished and struggling in school and society. At 19 years of age things took a turn for the worse, he turned to using drugs and committing crimes as a way to get by. His criminal activity led to a 9 1/2 year prison sentence, which he served from the ages of 19 to 27.

While serving time behind bars he chose writing poetry as a way to pass the time. This is what later led to the Skater Dee style of writing rhymes. He would often engage in rap battles with other inmates to help improve his craft. Everything was seemingly going fine until 6 months before his release date, Skater Dee got extremely ill and almost died.

Skater Dee was lucky to survive his battle with illness in prison and vowed to turn his life around. He was released from prison in November of 2009. In 2010, Skater Dee moved to California in hopes of becoming an actor. He started taking roles as an extra for several television shows and commercials, and although his acting career was starting to take off he knew that his real passion lied in music. He is out there, as motivated as ever and ready to take the music world by storm. Skater Dee represents hope for all of those out there that have had the odds stacked against them and are looking for a fresh start.

Skater Dee is on radio rotation with the tracks, “Rick James” and “Look @ Me Now” 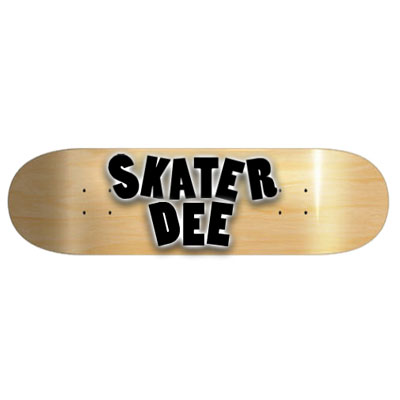