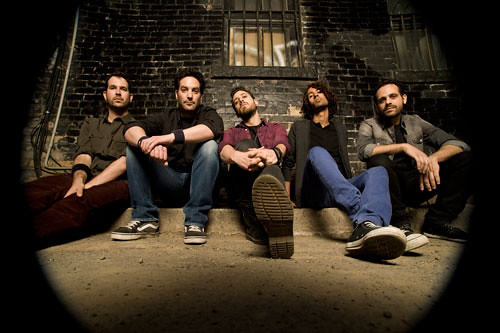 Stellar Lane is an alternative-rock band based in Tel-Aviv, Israel. The band was formed by its two lead singers, Jonathan and Udi Vogelsang, siblings who have been playing and composing, together and a part, for many years.

Growing-up listening to many artists associated with Seattle’s Grunge scene, their music always gives a hint of the nineties scent in it, but on the other hand very influenced by today’s indie and alternative-rock.

The most unique aspect of their music is the dual-vocal singing provided by the two brothers. Having two lead-singers allows the band to give an energetic and diverse performance which conquered many stages.

After releasing their EP “Follow your mind” in 2014 the band set out to tour North-America and Europe including shows in Canadian Music Week festival (Toronto, Canada) and Deichbrand festival (Bremerhaven, Germany) which gained interest in local radio and media.

When returning to Israel the band continued to tour and in the meantime started work vigorously on their new album. After almost three years of work 11 songs were picked and Stellar Lane’s debut album “In Silence” released on June 29, 2017.