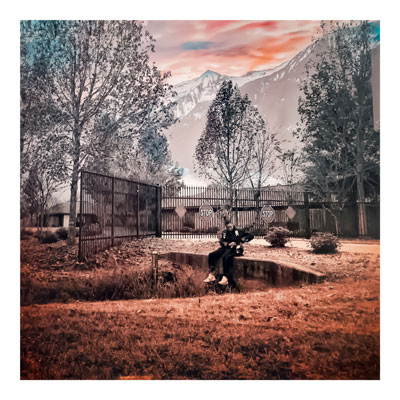 5am Brown got his start into music in 2012 with his release of “Just Another Mixtape”. It was released under Datpiff under his previous stage “Sam Brown”. Starting with a “gritty” and “raw” rap/hip hop sound influenced by Mac Miller,2 Chainz, DG Yola, Paul Wall and Tupac with limited production it left 5am Brown with much to be desired.

Fast forward to 2015 the now seasoned artist took to distribution on his first aggregated release “Dear World” with much more time practicing the craft the production value increased as well as delivery, confidence and structure. “Dear World” was also released under “Sam Brown” more so influenced by Future, Lil Wayne, Drake and Rocko.

The Fall of 2017 set in and 5am Brown emerged into his identity which is of course “5am Brown”. Dropping his full Trap Ep “5am Somewhere” which features 4 songs. Multiple singles and projects came after including “Homocide”,”Riverflow” and the Ep “V”. All vary in style from melodic Lil Skies influenced ballads to club anthem Moneybagg Yo influenced Ep “V” but for the end of the Summer of 2018 5am Brown decided to return to his “bread and butter” to deliver “Must Be October” a full Trap and Bass Ep.

No “autotune” merely an arsenal of Trap flows and hooks…”Must be October” released August 20th 2018. But as 2019 began there was more to be said …as in “The Truth” as a result the entire catalog of 5am Brown was removed…and an oath was made to tell his story from his personal point of view and never look back.