Sean Dampte, given names Oluwaseun Oluyole, is a Nigerian-born, U.K. based Afro Pop artiste who was formerly known as Dampte. One of 5 siblings and the 3rd in his family pursuing entertainment, Sean Dampte discovered and honed his innate talent for rhymes, word play and metaphors at a young age, and the ability to weave those words into songs has always set him apart!

Sean Dampte, no doubt, has earned some reputation for his ability to get people grooving to his music with his stellar combination of Afrobeat, Pop and Dancehall to produce what is often termed Afro Fusion. He is regarded as one of the pioneers of the Afrofusion sound, having released the monster hit single titled ‘Wine Your Tinkolo’ featuring YQ.

“Wine Your Tinkolo” shot Sean Dampte into the limelight. The single which was released in 2009 climbed various charts across Nigeria and internationally. In 2011, he featured on up and coming T-Pain’s – Nappy Boy Records – Superstar, Tay Dizm’s track ‘Are you Ready’. After another long unexplainable hiatus, Sean Dampte returned to the Afro music scene in March 2017 with another massive hit single ‘Alignment’ Ft. Rayce. Since then, we have seen a flurry of releases from Sean Dampte.

“I used to love to just sit down and write but now, I sit down and spit. I’ve got more anthems than any National…” Sean Dampte, has been quoted as saying! Sean Dampte’s music has been aired on international Music Stations such as MTV MTVUK, MTVBase, and BET, just to mention a few. 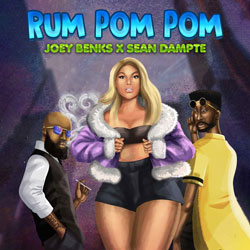