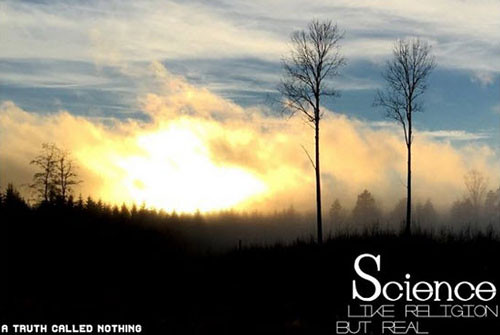 The European atheist art-rock band, “a truth called nothing”, is made up of contrasts: they combine hi-fi with lo-fi, and death with joy. They have been active since the new millennium began, collaborating heavily with the European movement to legalize assisted suicide, as well as emerging at the forefront of the online phenomenon “Borgarkrossarna” (“The Bourgeois Breakers”).

The band consists of the Messrs. Adam Sobranie and Samuel Lundgren and a staff of assorted freelance contributors, used when appropriate.  Their music genre is referred to as post-modern stadium rock, or just plain old alternative rock.

a truth called nothing is on radio rotation with the tracks: “Wildfires” and “Science – Like Religion But Real”.

Tags: a truth called nothing Rock & Alternative Science - Like Religion But Real Wildfires