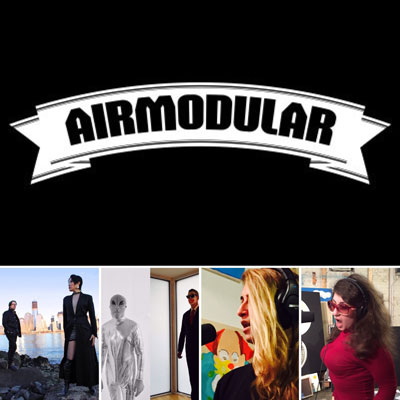 The Alternative Electronic Rock band, Airmodular was formed in 2009 by Cy Donovan – former bassist of well-known NYC Alt Rock bands Paint and Aerovox. Airmodular’s new EP, “Absurd Walls” hints at human emotions opening up with the chant like song:  “Amazon Wars”. This track begins with a driving beat that’s reminiscent of Post punk bands like “Joy Division” and “Bauhaus. The song reflects on today’s society being extra hypersensitive coupled with feelings of narcissism(from Technological Device Absorption), fears and self-doubt. Inna Tkach echoes “I can’t talk about anything with you is it so wrong to let your feelings stew” that just resonates in one’s brain. 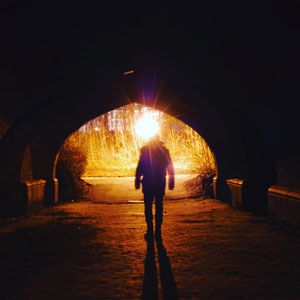 Followed by a passionate plea at romance with Erin Holmes an Elisa Meri guest vocals on “See My Sexy”. “Liar” the third track takes a snake like character “Luis Gluzman”, Mexican cartel Drug trafficker, out to be a big “Liar” with his elusive jail breaks. Guest Vocalist Jenifer Douros delivers a soulful passionate performance here.

Cy Donovan delves deeper in the 4th cut, “Harmony 3.0”, paired with Jenifer’s harmonic sweet vocals in the chorus once again. Cy shows how far humanity has gotten lost in technology by animating a sex bot doll into a real person. In the end one doesn’t know if the main character has now been fully lost in the Sex Bots existence

To the point of losing one’s soul completely.

The EP ends with the title track “Absurd Walls”. It’s simply an instrumental that leaves you to feel thoughts of the absurd lingering in the bent string  arrangement sounds and twangy guitars flowing through a hypnotic repetitive rhythm that makes you feel lost in an  absurd like  trance forever …

Airmodular is on radio rotation with the tracks, “Amazon Wars” and “Harmony 3.0” 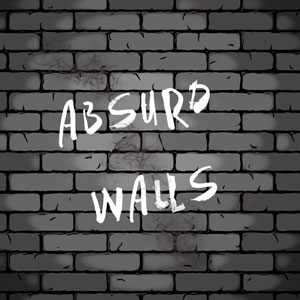