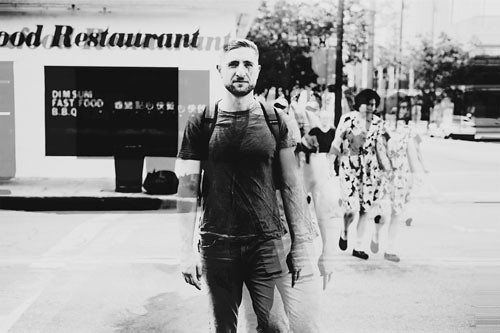 HiRSH grew up in Northern California and has had music pulsating through his body and brain as far back as he can remember. His father had a pretty large record collection and HiRSH devoured it at a very young age. Every Beatles album, Van Morrison, Simon & Garfunkel, The Cars; you name it, he consumed it.

Classic rock turned into Bay Area hip-hop, which turned into whatever the 90’s was. HiRSH transitioned from folk tunes to gangster rap to indie rock to electro pop. Music has always been at the center of his life, but it wasn’t until a couple of years ago that he thought about making it himself. But once he started he couldn’t stop.

What began as a peripheral interest grew into a monumental project. HiRSH wrote song after song after song until he finally felt that he had something to share. “It’s been a long, windy road, but it was the hardships along the way that brought me to this point,” says HiRSH.  “I’m here and I’m beyond excited to share these stories I’ve held with me.”

HiRSH is on radio rotation with the tracks “TIME” and “BURN UP ALIVE”.