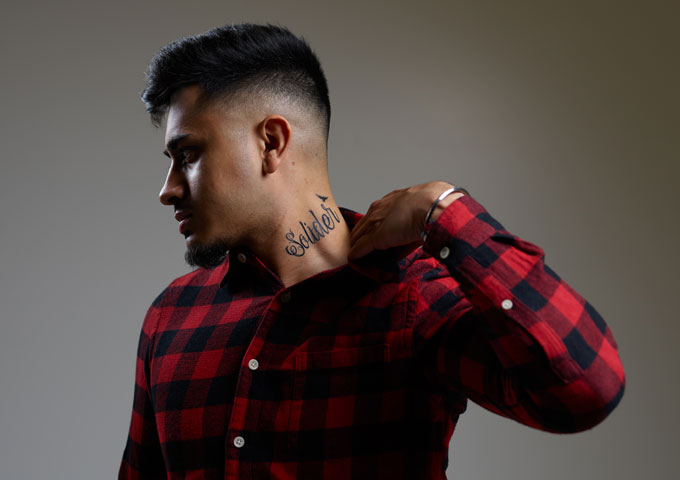 Karma is a singer, rapper & artist from the UK. Finding his passion for music as early as 6 years old, Karma began developing his unique style and songwriting ability. His early teens found him branching out and teaching him self how to DJ. Spending years working on remixing classics and studied what makes them work he developed elements in to his own sound. Soon after Karma found himself in Toronto at Metalworks Studio to record his remix to Champion by Chipmunk. Working with producer Jeff Crake (who later went to produce Drake’s Take Care Album), Karma absorbed his surroundings into his creations. A perpetual student of music Karma went to L.A. to work with producers and hone his abilities. He released 3 of these singles on Spotify which impressively accumulated over one hundred thousand streams each. 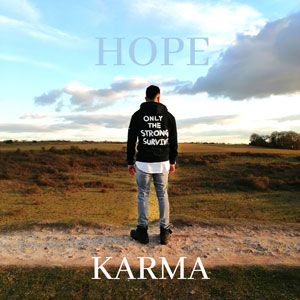 With maturity and rested mindset Karma, reflected on his successes and focused on how he could raise the bar. He found comfort and inspiration at Untapped Talent Recording Studios in Southampton, which is his current base of operation. It was here he crafted his diverse new sound and embarked on the journey to showcase his vision.

Karma launches the first of 6 new releases over the next 6 months, ‘Hope’! “’Hope’ is about never losing faith even when things are hard because a man without hope is a broken man with a broken soul. Hope is the only thing that keeps us going when things become really difficult. It’s what we hold onto to keep us going another day. Hope is about my battle with depression and anxiety,” Karma said. “I wrote this song after a bad situation that occurred recently with someone really close and dear to me. I went to the car and, with all these emotions I was feeling at the time, I just began to write what I was feeling and before I knew it I had this song ‘Hope’ written and the following week went to record it at the studio.”

Each record over the 6 month period has a familiarity and common flavor of Karmas sound, however individually they have a uniqueness that’s stands out on it’s own.

Karma is on radio rotation with the track “Hope”