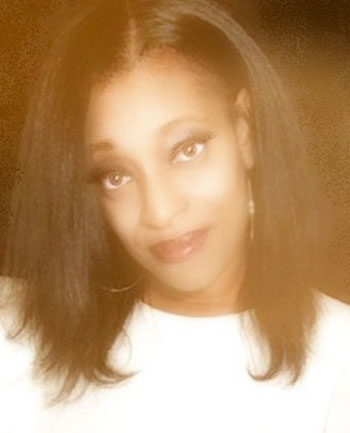 Introducing the newest single release from Musica Monica Feaster ‘Never Give Up Hope (Radio Version)’ Ms. Feaster is a multi-talented Producer/Artist who has delivered a powerful World beat/Dance mix of her song. She has written it in support of the high suicide rates worldwide. Every 40 seconds someone commits suicide and Ms. Feaster has offered her newest composition to promote the fact that there is always hope.

She has even started a dance challenge on social media for people to join in their support of spreading the message of hope in a fun uplifting way. The challenge involves people making a short video dancing to the ‘Never Give Up Hope’ song and posting it on any social media website with the hashtag #nevergiveuphope The song has a rhythmic beat that has been proven to inspire most anyone to dance or move to.

A purchase directly from iTunes/Amazon or an online store is encouraged for those that are interested in supporting Ms. Feaster in spreading this message of hope to anyone contemplating a meaningless suicide. Ms. Feaster has chosen to use her musical talents to encourage, inspire, uplift and motivate. Join in your support! Purchase and download your copy today of Musica Monica Feaster’s song ‘Never Give Up Hope’. 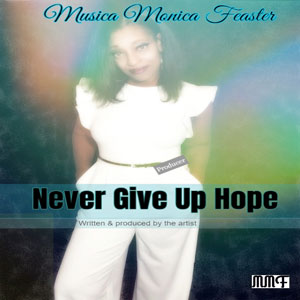 ABOUT: Musica Monica Feaster is a Music Producer /Composer, Songwriter, and Artist (Independent). She composes, produces, sings, raps, writes, arranges, harmonizes, and mixes her own original music. Among music producers worldwide only 2% are female, a rare group, of which Musica is a member of. She is a producer of all genres of musical sounds although her main focus is inspirational.

The songstress was born in the United States, Philadelphia, Pennsylvania. In the city of “Brotherly Love” she was raised in a region where many great talents, musicians, songwriters, vocalists and producers have originated from. From her very start, at the young age of 5, Musica has been involved in music. As a toddler, she began playing complete songs by ear on her mother’s piano. By grade school age she began composing songs on the piano.

Eventually by her late teenage years she landed a job singing tracks for a songwriter at a known major record label where she learned music engineering, song production and various styles of mixing songs. Her background also include involvement in community plays, acting, singing, video vlog animations, showcases, musical performances. Musica is no stranger to the entertainment music business. She is related to pop singer “Saturday Love” Cherrelle, who is her first cousin. Musica’s background has shaped her into what she is today with having the ability to independently write, record and produce her own music.

Musica Monica Feaster is on radio rotation with the tracks – Never Give Up Hope and On My Grind.