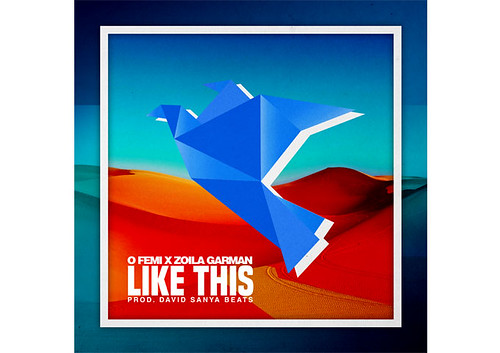 O Femi is a hip-hop artist from London based in Cardiff, Wales. Drawing inspiration from Gospel, R&B, Hip-Hop and 80s Pop, O Femi has lent his vocals to a variety of different sounds throughout his career, from Welsh underground Hip Hop collective Spitting Feathers to Bilingual collaborations with Kizzy Crawford.

Having occasional play on BBC Radio Wales (Adam Walton) and BBC Radio 1 Xtra (as part of the 1Xtra Street Studio), O Femi has also opened up for the legendary Hip-Hop group The Jungle Brothers at Club Ifor Bach (under former moniker Faith Sonic).

The Gospel influenced rapper has been between church walls and the stages of underground hip hop cyphers, where he has performed in front of those “seeking” to those seeking to hear the most intricate rhymes.

“Like This” is filled with all the optimism and celebration of the style it borrows from and adds that touch of authenticity by way of Zoila’s Latina vocals and David Sanya’s inspired rhythm.

The debut single by O Femi is available on: