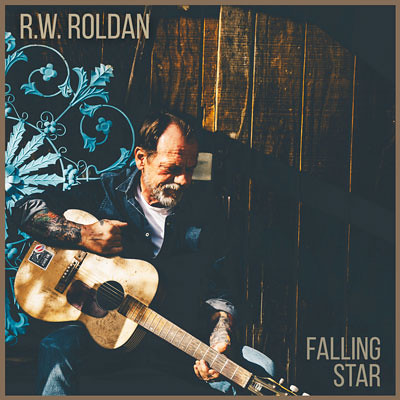 Born in Jersey and raised on the West Coast. Ray William Roldan is known as someone with something to say. Came up listening to Elvis, Johnny Cash, Rick Nelson, Merl Haggart, George Jones and more. Ray picked up the guitar and harmonica in his late teens. But his heart was always in the words of the classic songs he grew up on. He writes about what he knows and he has lived in the classic Country and Blues/Rock style.

Ray’s songs have shared the bill with such notables as: Tim Mc Graw, Billy Yates, the Bellamy Brothers and others on more than twenty radio compilations in the past two years. Ray’s songs have qualified as top finalist 7 times from 2007 through 2013 for the Song of the Year  Contests. He won 2007 “Top 25 songs/CD” for IndieMusic.com and eleven finalist nominations for his song “Man of Steel” in 2008 through the Fame Game Effigy award ceremony.

Ray William Roldan is on radio rotation with the track “Falling Star”.