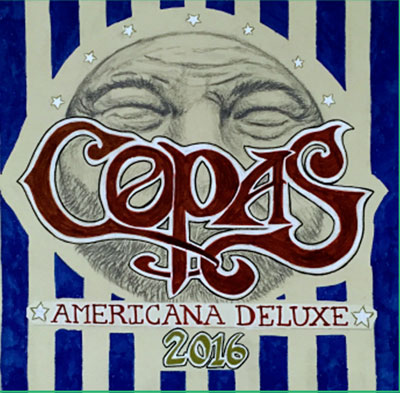 The Copas Brothers played their first gig on March 3, 1974 at Club Le Cheval in Baker, LA on Plank Road. The band did covers of old Bluegrass gradually working in original songs then playing newer tunes by new artists, such as Jimmy Buffet, Willie Nelson, Waylon Jennings, David Allen Coe and a list of others.

Americana fiddle, mandolin, guitar, drums, percussion and vocals make their CD “Copas 2016” a good listen for fans of the genre. You can find the band’s album on CDBABY and SPOTIFY.

The Copas Brothers is on radio rotation with the tracks “Motion”, a cover song written by Allen Toussaint, and “Yambilee”.