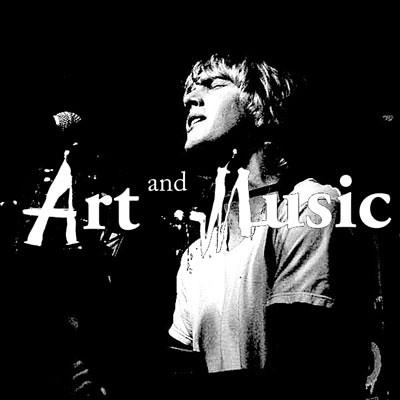 Robotic sheep or a modern day hero? The choice before Kasey Jones was clear, and his collaboration with artist J. Thorson under the band Art and Music is turning out to be a real dragon slayer.

Art and Music is the meeting point of two independent minds, and aims to unite generations with alternative songs, art and a positive attitude. It dares to be brave, and refuses to even acknowledge that a box exists to constrain and bound free spirits.

The first full length production of Art and Music is ‘Whats the Point’, a DIY indie album recently released by Jones’s self-run and independent label, KLB International Publishing. It is a lone-wolf effort of Jones, who has written, played, recorded, produced, mixed and mastered almost the entire album by himself. The album was created in his living room on limited audio gear and an old iMac.

“Whats the Point” is available for download and streaming on all major online music platforms and further details are available from www.artandmusic.bandcamp.com, which has download links, videos, artwork, photos, social media and upcoming news.

Jones and Thorson make for the perfect combination of music and visual art. Kasey is a self-taught artist, casual surfer, songwriter and a new father. A musical production workhorse, he single handedly takes care of all technical aspects of song creation, from concept to pre-master. His influences include The Beatles, Motown, Nirvana and a splash of Elliott Smith.

“Money is a hoax, debt is slavery, media is manipulation, religion is control, the system is a lie and Art and Music is awesome!” say Kasey and Joel.

Art and Music’s first project was a limited edition, hand-cut lathe record, with songs “Notice” and “State Im In”. Each side of the record jacket’s art is hand painted individually. Inside there is a special signed piece of artwork by Joel and two postcards with copied hand written lyrics and musical chord changes.

Kasey Jones began his musical career at age 11, doing lawn mowing for a neighbor. Saving the money, he bought an old guitar, taught himself at the local library, and went on to practice bass guitar, drums and the piano. He experimented for years with bands, performances and late nights, and then proceeded to learn audio engineering to create his own music. He completed formal education from Full Sail University and then moved to Los Angeles, California. He has worked closely with several industry professionals and musicians, and has written, performed and recorded a number of songs as an ASCAP affiliated member.

Art and Music is on radio rotation with the tracks “Oh My Oh My” and “Notice”. 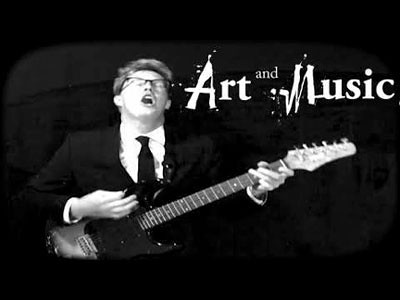