Unlike Rydhog’s previous recordings, ’Just to Be with You’ has been recorded in his own basement together with producer Johan Sigerud. Music and lyrics have been co-created with Olof Gråhamn. This time the sound is more modern and electronic, but still melodious indie pop at its best. ’Just to Be with You’ could be the perfect soundtrack to summer evenings with friends. Inspiration has been drawn from M83, Nick Drake and Bon Iver, among others.

“The single ‘Just to Be with You’ differs in so many ways from my previous acoustic songs. The creative process has been an exciting exploration and discovery of the music program Logic and the the great opportunities of a home studio setting, with just a computer, different synths and a skilled producer. ”

It’s been about two years since Bjorn Rydhog came into our world with a pocketful of “Sunshine” and the feel-good indie folk of his debut EP, There’s a Light in Everything. Hailing from Malmö, Sweden, the multi-instrumentalist and singer/songwriter has a habit of crafting uplifting, wondrous pieces ready to soundtrack our days and night – it’s fun, smile-inducing music that connects on a deeper level.

Rydhog has continued to keep his growing audience engaged with a stream of moving tracks that glisten with warmth and heartfelt intimacy. Rydhog’s journey has most recently led him to the release of his second EP Give Me Sunshine, an outpouring of love and passion whose wall of dazzling folk pop sound invites us to dwell in a space of compassion, connection, and understanding

Bjorn Rydhog is on radio rotation with the track ’Just to Be with You’.

Tags: Bjorn Rydhog Just to Be with You Pop & Adult Contemporary 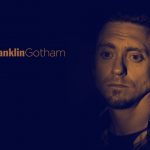