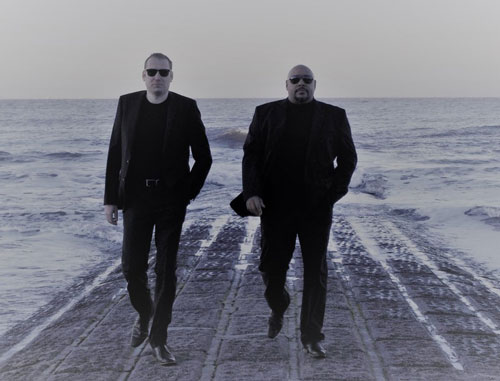 K-Mania is a band formed by two musicians driven by their love for music. They are determined to spread their positive vibes across the world. The band exists of: Faustin Kamania, who is the singer, songwriter, composer and driving force behind this project. Erwin Drieghe: composer and musician, Faustin was born on July, 14th 1965 in a little town in Belgium and at the age of 16 he played his first guitar chords. At 18 he joined the military and became a member of the special airborne troops. As bodyguard of some famous artists (e.g. Latoya Jackson) he learned about life backstage and in the frontline.

Determined to make his way in ‘the Walhalla of Rock’ he started his own band ‘The Black Roses’ (of which Erwin Drieghe was also part) and toured around in Belgium in local pubs and on festivals. At that time Mark Berry intercepted a demo of one of their songs and called them to Canada. Mark showed them what would be possible for them because he was very impressed by their lead singer being Faustin.

Unfortunately at that time, they didn’t have the right management nor the financial surroundings to make their dream come true. But because he was so impressed, Mark did not turn down Faustin and they kept in touch, and now they are ready to conquer the world.

The resurrection of Faustin and Erwin is a fact. Together they created their own ‘Story’ and started the group called ‘K-Mania’, under the professional wings of Mark Berry.
The first songs they composed caught the eye of Mark, because of the U-turn they made in style and message. Nowadays they bring ballads and uptempo songs that universally appeal to all generations.

K-Mania is sure of one thing: the train is on the move, you better get on before it rolls you over. K-Mania is on radio rotation with the tracks: “Moving On” and “The Story”.