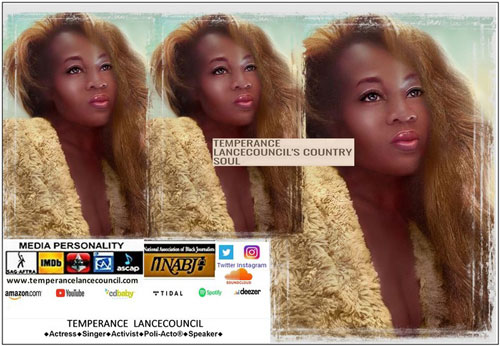 Temperance Lancecouncil is a singer-songwriter in Los Angeles, California, who originally hails from the Carolina, Virginia line. At first glance, you’d think of this sultry lady as a sexy R&B singer, or as a swaggering, female rapper. Instead, she’s a Country-Soul songstress who grew up watching “Hee Haw” on television and listening to Dolly Parton, John Denver, Glen Campbell and others. Her back story is not one without adversity – she overcame two bouts of life-threatening, double pneumonia as an infant, and scarlet fever as a child. She was told that she started singing and dancing at age 3, when her mother began teaching her how to harmonize. She readily admits to picking poke salad as a child and eating red dirt.

Temperance Lancecouncil is on radio rotation with the tracks “Dancer In Ya Dream” and “Bragging On It”. 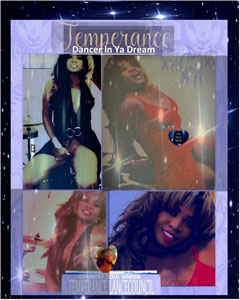 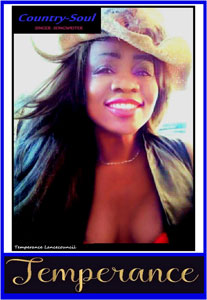 Tags: Bragging On It Country & Folk Dancer In Ya Dream Temperance Lancecouncil