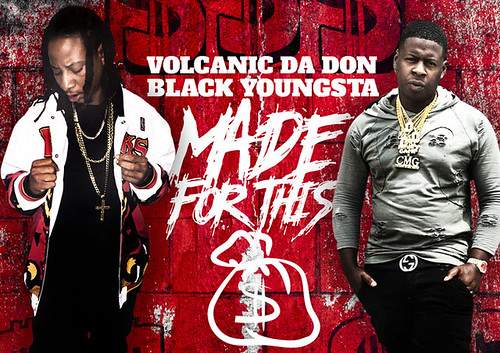 Volcanic was born September 14, 1985 in Sumter, South Carolina, Volcanic was raised by grandparents Israel and Vermell Brown. At age 12 he moved in with his biological mother Diane Brown and began to look to music to escape difficult times. While working with a lot of independent artist in the Sumter area he came in contact with Illa Gezey. After hearing him rap only one time he presented the idea to come together as a group, and they acted as a team every since. The two began to create a unique style of gangsta rap, but quickly learned from the mistake of following what other people wanted them to do. They then made music expressing their struggle, way of living, daily thoughts and routines that people could relate to. The inspiration from artist in the past as well as today motivates Volcanic to make good music. He makes sure that he thanks God each and every day, and tries his best to make the lives of his children better than his own.

Volcanic Da Don is on radio rotation with the tracks “Made For This” ft. Blac Yungsta and “On My Own”.

Tags: Blac Yungsta Hiphop & Urban Made For This On My Own Volcanic Da Don