Allen B is a native from New Orleans, LA. He grew up in Los Angeles California which influenced his west coast southern style of music and dance. Allen B is best known for his creation of the performing art form Alter Ego in 2006. His music sound varies from Hip-Hop Soul, EDM, Jazz, Pop Rock and Afro Beat. He currently works with AE MUSIQ LLC as a producer and songwriter. His focus is to collaborate with artists and to bring the music to the people that you can move and groove to on the dance floor. His Louisiana flavor in music and lyrics bring real life messages that make you think about the world today. Allen B is on radio rotation with the song “Funky Pluto” ft. Cognac 69 & JSZM.

“Funky Pluto was originally produced in 2007 on thanksgiving. I made the track while visiting some friends of the family. I saw them dancing to the instrumental and I knew it would be something people could groove too,” explains Allen B. “A few years later I decided to write the song my first year in the Navy. I originally wrote the song with all lyrics. In 2017 I was in the studio with 2 of my fellow artist Cognac 69 and JSZM. We were all listening to music. I played Funky Pluto for them and 10 minutes later they had lyrics ready and the song was created. The vibe was great, and I really liked the addition of their collaboration on the song. It gave the song more swagger, presence and appeal. I released the song on December 15th, 2020 as my first single,” concludes Allen B. 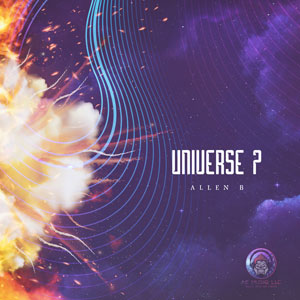 Connect with Allen B: