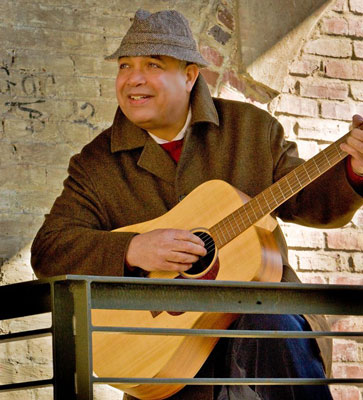 Billy Ray Deiz has been around music for most of his life, having played in bands since his teens. He was a founding member of The Seven Souls, one of L-A’s hottest bands in the 60s and early 70s and the band that launched Bob Welch on his career with Fleetwood Mac.

Deiz first teamed with Nashville producer Clifford Goldmacher five years ago, and a song Deiz wrote, Daddy’s Comin’ Home, is featured as the lead song on Blue Pie Records Anthology of Blues, Volume II. A great guitar lead by George Marinelli of the Bonnie Raitt band highlights this song, and is among a number of songs recorded by Deiz using A-list Nashville musicians.

In 2015 his single ROLLIN caught the attention of the legendary record producer Stuart Epps in London. Stuart remixed, remastered and added backing vocals, and the song immediately landed Deiz in the top 40 of the ReverbNation chart for Portland where Deiz currently resides.

Stuart Epps, of course, is well-known for tracks he produced with Elton John, George Harrison and many others. Gracie Productions has just picked up ROLLIN for distribution, and Billy Ray Deiz feels this song about moving on after a bad relationship could become a rock anthem. Its sing-along chorus also includes backing vocals by Mrs. Stuart Epps!

As Bill Deiz, Billy Ray was a popular radio and TV personality in Los Angeles, San Francisco and in his home town of Portland.