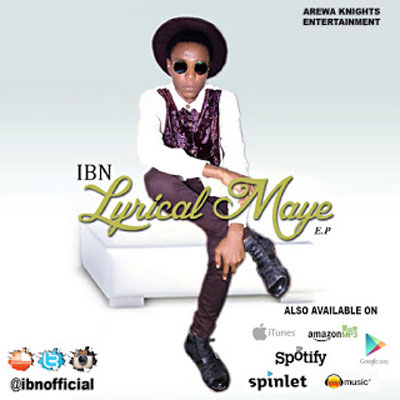 The No.1 ‘Lyrical Monster from the North’, as he is called by many of his fans, IBN dishes out his most anticipated Extended Play titled ‘Lyrical Maye EP’ a combination of English and Hausa words which implies ‘Lyrical Witch’ or ‘Lyrical Monster’.

The EP comprises of 8 tracks and has 5 other artists on it. The EP is also available on iTunes, MTN Music Plus, Spotify and other Major Stores for purchase. Except for 3 tracks, all other tracks were produced by IBN.

Umar IBN Ayya was born and raised in the Tin city of Jos, Nigeria. IBN has shared same stage with big names like Ice Prince, Timaya, Sarkodie, & Victoria Kimani while in Jos. IBN was nominated as best indigenous rap act at the 2016 Top Naija Music Awards and went ahead to be among the finale best 3.

Signed to Arewa Knights Entertainment, IBN is the first ever Hausa Rap Act to have a complete Project (Lyrical Maye EP) on iTunes and other major stores across the globe. 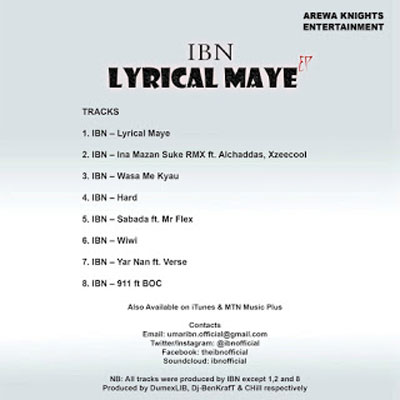