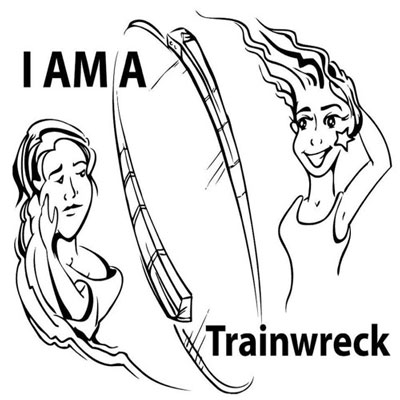 A powerful and unique collaboration between producers Tony Moore and Glen McGill, writer Dawn Burnett and artist Liimu, ‘I AM A Trainwreck’ returns listeners to a unique place of wholeness; a place where they can find fulfillment through life’s relationships and thrive.

On the big screen, Tony worked with Bill Duke on his film “Cover” starring Leon and Vivica Fox, as well as “Not Easily Broken” with Morris Chestnut, Taraji P. Henson and Jenifer Lewis. His television credits include J.J. Abrams and NBC’s television series “Undercover” with Boris Kodjoe and Mekia Cox. Tony has experience in live production including the “Giving Back to Haiti” relief benefit concert 2010 which featured artists such as Meek Mills, Bilal, Jazmine Sullivan , Kindred The Family Soul, and many more.

He is currently working on the movie, “Japanese Asteroids”, VH1’s Save the Music Project pilot, as well as 4 untitled Hollywood movies under Will Smith’s and Vidal Davis’ company Overbrook Entertainment.

Tags: I AM A Trainwreck Liimu McGill Soul & RnB