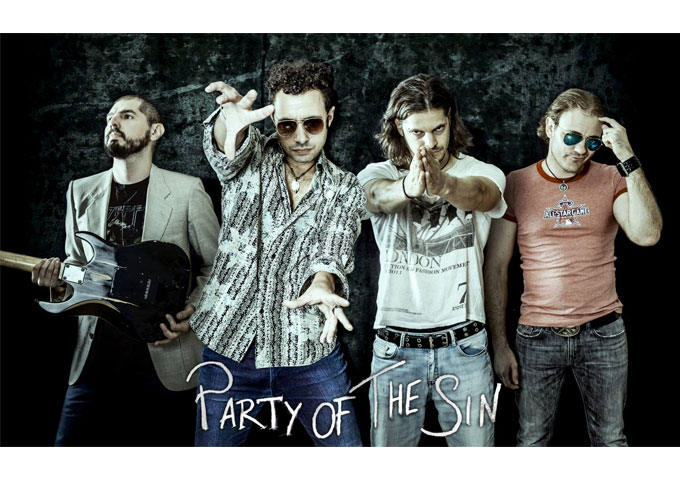 On 2015 four guys, that had been friends for more than 10 years started meeting and jamming  just for fun. Some good ideas started coming up and the songs were formed. The different  influences that has each one of us, gave something particular to the songs. We work with no  boundaries. After that we decide to record an produced our own album. As well we decided to  produce and record our own videos. So far we signed a contract GI records for distribution of the disc and we signed a non-exclusive contract with turner to pass our videos.  The 3 videos are on air on this days on chilevision music channel. Other contracts we have are  with code 3 records and tribe of noise for syncs, Kult records, GI Records LLC, Smoke N Phire  productions for booking and management; Media kiings Inc, cmc tv and goindie.tv for tv and  internet broadcasting and distribution of our videos, all of them non-exclusive. 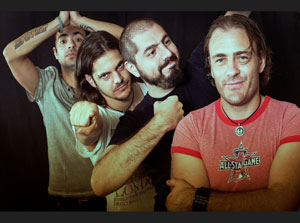 Our music is on  tivo and roku for streaming too. In addition our videos and music are being broadcast on some  regional and national channels and radios (radio sonar.fm, futuro and others) and several  international online streaming channels and sites, us we have made some interviews for  national and international online radios and tv programs (México). We have also been broadcast  on some independent radio stations on the US, Australia and Europe. We would like to highlight  our singles “Another Sun”, “My Head” “Live Forever” and “Weaker”. The Album will be Relaunch through GI records.

For 8 years, since 2005, Pablo (drummer), Gabriel (Singer) and Zack (Bass) participated on a band  called “Cine Marte”. With two albums (“Un día de abril” 2009 y “verano” 2012), they were  signed by EMI MUSIC CHILE | Emi Music Publishing Chile | Sony BMG Argentina | Sony Music  Chile on 2007. They had a huge recognition on south America and México. Their videos were  broadcasted on MTV Latin America during this years having a very good reception on the  audience. This made that they had several interviews on radios and presentations on tv  (https://www.youtube.com/user/cinemartetube/videos). Thanks of their most recognized  singles “Dime a Donde”, “Salvame”, “Si los dos” and “Verano” the videos of this songs were on  rotation on MTV for 2 to 4 months, by order of the audience, some of them get to the third  place, for several weeks on a program called “Los 10 más pedidos” (The 10 most requested). All  this made them have several gigs, being the most important one, open the concert in Chile for  “James Blunt” (https://www.youtube.com/watch?v=CyJlvQbhOMI) . For personal reasons the  band ended on 2013.

Pablo is a session drummer, school of rock teacher here in Chile, up to now has record more  than  40  albums,  and  played  for  many  artists(https://www.youtube.com/watch?v=abigGtm2Afw). He participated on a power metal  band called “Six Magics” that was active between 1996 and 2018. They opened for important  metal band us “Nightwish”, Rhapsody Of Fire, Blind Guardian and played on Festivals being  sharing stage with Testament, Anthrax, Udo, Angra, Epica, Doug Aldrich and other bands. They  recorded 5 albums and one live dvd. On their fourth album (label Coroner Records) they work  with producer David Prater (Dream Theater). They had recognition on the metal scene in Chile,  other countries in south america and in Europe. In 2010 to support the new record “Behind the  Sorrow”, Six Magics launched a European tour that kept the musicians on the road for nearly  two months. They played in different countries such as Germany, Belgium, Switzerland,  Netherlands and Turkey. In 2015 did a second tour on Europe of 14 date in cities of Germany  and the Czech Republic, opening the show for the German band Axxis with more than 25 years  of musical trajectory. (https://www.facebook.com/Pablo-Stagnaro-122099557977537/)

Zachary is composer and had participated on some bands. Kavorka was a band a rock/pop anglo  band were Pablo (drummer) and Zack (Bass) were participated, with a little bit of national  recognition, some tv presentations (https://www.youtube.com/watch?v=T-ZyNl81Wuc) and  radio interviews with one single on rotation(https://www.youtube.com/watch?v=c_gHAblXBQs).  The band had one album and were active between 2005 and 2009. The most important thing  they done was to represent to USA on the competition on the most important international  festival here in Chile, “Festival de Viña del Mar”  (https://www.youtube.com/watch?v=1BzTG32yxPM) . This one is transmited on TV for most of  the latin-american and other countries, Televisa, TV Azteca, CNN, Univisión y Telemundo, y CNC  and many others. Important artists has been part of it like Elton Johh Morrisey, Sting, Rod  Stewart, Cat Stevens KC and the sunshine band, Ricky Martin, Pitbull, Daddy Yankee, Tom Jones,  Backstreet boys,Franz Ferdinand, and many many others on this 59 years that the festival had  been produced.

Fernando is a composer, session guitarist and has recorded some albums and singles for a few  local bands and artists such as ,Experience, Los Galletas, Gabriel Sara (birds album) and  international as Isaac Bitton (Les Variations) and others. He has played on some gigs on the local  scene. He has dedicated to performed on different styles such as rock, jazz, punk, blues, folk and  classical. He has been always looking learn different techniques, be open on how to play the  guitar, electric and acoustic, and transmit this to other people on his work  (https://www.youtube.com/watch?v=oyXSXCVI–8) . He tried to be influenced by different  instruments techniques too and look for how to use it on the guitar. He has learned from  different guitar players us Paul Guilbert, Andres Godoy, Stanley Jordan, Guthrie Govan and  others.

Gabriel is a composer and soloist artist. Up to now he has recorded two folk anglo rock albums  “Birds” and “Fun” https://www.youtube.com/watch?v=6U2yJDJ-3Uk) . Before Cine Marte, he  and Fernando formed a band called Experience, were they record and composed many songs.  They had a few gigs on the local scene. This was between 2003 and 2005. After this he formed,  with other guys CineMarte.

Tags: Another Sun Explode Party Of The Sin Rock & Alternative