Snakedoctors are a four piece band from Poland. They are friends from one neighborhood who started the band in May of 2020. Since then they released three albums and fourteen singles plus an extra single for All Fools Day under name Jiri Blaha & Framuga Boys. The second single off their third album “Mellow Joy” – “Close That Door” has been for many weeks at no. 1 at one of Polish radio charts also at the Top 5 of one of indie UK charts and charted in Ecuador, Columbia, Peru and overall Central America. All of their singles charted on iTunes Poland Top 100 Rock singles sales chart and the reviews of their songs and albums appeared in music magazines in Poland (Teraz Rock, Heavy Metal Pages, Art Mundus and many more), the UK, the UK, Canada, Serbia, Russia, Brazil, Portugal, Netherlands, Germany and many other countries.  Since summer of 2021 they got to play shows and tour locally in Poland. They play a mix of rock, grunge, new wave and post-punk. The guitar player and vocalist used to play in US bands in his college years.

About “Got Him Another Girl” single:

“Got Him Another Girl” is the fifth single off band’s third album “Mellow Joy” available across Poland in retail and online stores as well as digitally. It’s a simple rock song that sounds much like a mix of post-punk, 50’s and early 60’s songs. It’s a story about relationship where one person does everything possible for the other one, cares much and that other one doesn’t really notice that. She realizes it only when… it’s too late and the guy found him already another girl. As usual there’s a video for the song – this time shot in Indonesia. It premieres on December the 1st. Also as usual the song was mixed at Abbey Road Studios and mastered at Metropolis Studios in London.

As previous albums – mixing for the new album was done at Abbey Road Studios in London. Mastering was done at Metropolis Studios in London and for two songs by Corey Coffman (of the band “Gleemer”) in his studio in Colorado. The album features also a single collaboration on one of versions of “Girl With Sponges” with young and talented female artist Catlea from Cincinnati.

“Mellow Joy” is a step towards more pure and simple rock and roll. With some new wave influence. The new album is out on Case Studio label (just as previous two albums) and distributed by MyMusic. It charted already at Empik retail music store chain Top 100.

Tags: Got Him Another Girl Mellow Joy 2021 Rock & Alternative Snakedoctors 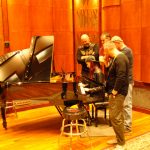 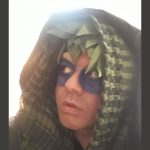