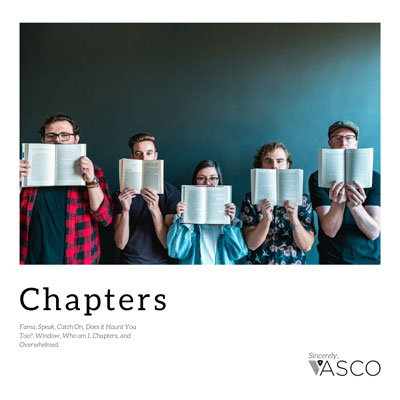 Vasco is an alternative band based in Dallas, Texas. The band started in 2017 with the release of their debut single “Ain’t No Love (in California). The band was formed after Benjamin (bass), Brendan (lead guitar), and Matt (drums) began to play alongside the bands now frontman Sam Larzabal. Sam had already released a solo EP, but was looking for more artists to work in community. The following year culminated with their debut album release “Chapters” at the end of 2018. This album also featured Lauren Dalton as a lead vocalist.

“Vasco seeks to perform music that is honest and is true to our story. Our passion is to make music that people enjoy and identify with. We seek to break boundaries of division through sharing music that people from different walks of life can relate to and prove to our listeners that they are indeed not alone. We hope that even through sharing about good and bad times, the message of hope radiates in everything we do. Vasco is more than just a band, it is a vision. And we hope that you would join us and be part of our vision.” – Sam, Matt, Benjamin and Brendan 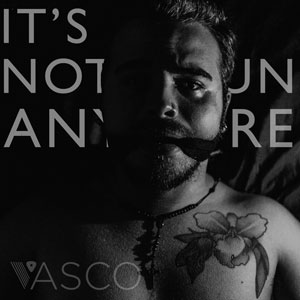 Vasco is on radio rotation with the tracks – ‘It’s Not Fun Anymore’ and ‘Does it Haunt You Too?’

Tags: Does it Haunt You Too? It's Not Fun Anymore Rock & Alternative Vasco